Eagle Scout is the highest achievement or rank attainable in the Scouts BSA program of the Boy Scouts of America (BSA). Since its inception in 1911, only four percent of Scouts have earned this rank after a lengthy review process. The Eagle Scout rank has been earned by over 2.5 million youth.

Requirements include earning at least 21 merit badges. The Eagle Scout must demonstrate Scout Spirit, an ideal attitude based upon the Scout Oath and Law, service, and leadership. This includes an extensive service project that the Scout plans, organizes, leads, and manages. Eagle Scouts are presented with a medal and a badge that visibly recognizes the accomplishments of the Scout. Additional recognition can be earned through Eagle Palms, awarded for completing additional tenure, leadership, and merit badge requirements.

The Eagle Scout Service Project, or simply Eagle Project, is the opportunity for a Scout or qualified Venturer or Sea Scout in the Boy Scouts of America (B.S.A.) to demonstrate leadership of others while performing a project for the benefit of their community. This is the culmination of the Scout’s leadership training, and it requires a significant effort on his or her part. The project must benefit an organization other than the B.S.A., and it cannot be performed for an individual or a business or be commercial in nature. Completing an Eagle Project is a requirement for Scouts to attain the Eagle Scout rank. Below are examples of Eagle Scout community service projects on the Central Coast of California.

Wil van Seenus his project was for UCP Work, “dedicated to providing services to residents of the Tri-Counties with developmental disabilities, so that they may work and live as contributing citizens within the community of their choice.” He built a wall in a large room that divided it in half, allowing for better use of the space to serve its participants.  He’s standing in front of the wall. 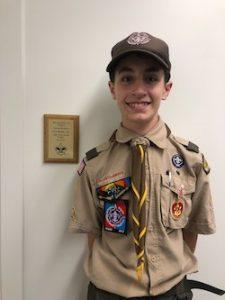 Kiernan Quinonez project is an eight-station orienteering and geocaching course at Pioneer Park in Santa Maria. Kiernan is sitting on the first plaque that describes the course and shows the general location of all the other boulder/plaques in the park. The course has been used by Boy Scouts, Girl Scouts and the public to learn and practice orienteering skills and geocaching. He was awarded his Eagle in May of 2017. 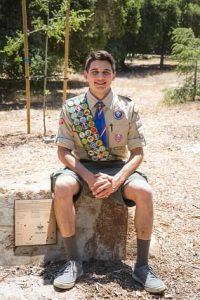 Paso Robles High School Junior Jesse Muth, in 2020,  noticed his classmates with special needs were not attending dances or other school events, so he decided to step up with a creative idea to help all students experience those yearbook moments. “A lot of times, I don’t see special ed students at our dances so I thought it would be a really good opportunity to make it special for them,” Muth said. For his Eagle Scout project, Muth spent weeks organizing the special event, securing donations of food, decorations, and time from business owners in the area. The result was on full display at the dance, when over 40 students with special needs took over the dance floor and moved to the music. 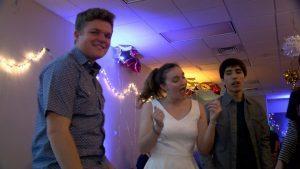 A pit toilet was installed by Dylan Richardson. He completed his project July 2020 at Coldwater backpacking Campground along Manzana Creek in the San Rafael Wilderness.  He installed a new pit toilet deck and throne, and a new picnic table in campsite #3, as well as some renovations of the other two campsites. 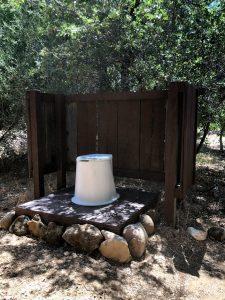 Connor Abe planned, organized, fundraised, and ordered equipment for his 2019 Eagle Scout project to disassemble an old shed, and install a new one at his grandparent’s church. He learned that day that everybody is good at something and understanding people’s skills and backgrounds would produce success for the project. By maximizing his volunteer’s backgrounds, experiences, and skill level, he was able to successfully stay within my budget and donated Palm United Methodist Church a new shed for storage of tools. 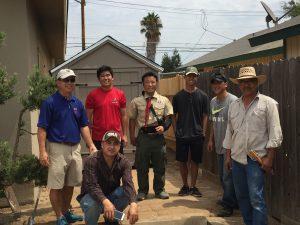 Alex Andrade from troop 95 project was a Santa Maria style BBQ pit at the Good Samaritan Shelter. This BBQ is used to provide 500 meals per day to needy families in the Santa Maria Valley.

Mac Sales double sided mural for Cleveland Elementary School in Santa Barbara. It was a beaten down handball wall on their playground that he repaired and painted both sides with the school logo and mascot. It really made their playground light up. 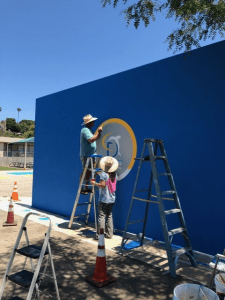 Curtis Bradley, Troop 214 in 2019 worked with St. Timothy’s Church of Morro Bay, Morro Bay High School and the City of Morro Bay to design, seek and receive city permit approval, fund raise, seek donations, construct, and organize a community work party to install a sign at the entrance of the church.  The purpose and need for the sign were to assist community members who use the church for various functions. 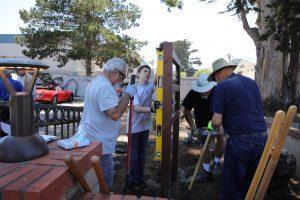 In 2020 Braeden Kirby built a Memorial Bench for his Eagle Project. The bench now resides in Ballard Elementary School’s Butterfly Garden, in honor of Mrs. Deppmier – the beloved garden teacher who sadly lost her battle with cancer.  Ballard School added a plaque by the bench that recites a Robert Frost poem and invites anyone who may be feeling blue to have a seat, knowing a friend will soon join them. It’s endearing, and hopefully, it will serve that additional purpose someday in the near future. 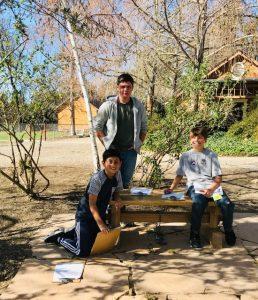 Connor Bradley proposed and was granted permission from the City of Morro Bay to repair and restore 13 benches and 5 tables at Cloisters park in Morro Bay. The fixtures had been neglected for 20 years and needed attention. Connor met with City officials and developed a plan for the project. He raised the funds for the project through community donations. Connor coordinated and led a group of 25 scout and adult community volunteers. The Volunteers power sanded, repaired, and repainted all the fixtures in the park. As of the summer of 2020, Connor Bradley is now attending his first year as a cadet at the California Maritime Academy he is studying marine transportation and participating the ROTC naval officer program. 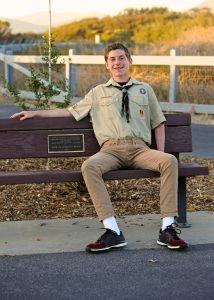 Tyler Garrett constructed much needed cat beds for the Woods Humane Society in SLO. He raised funds by having a bake sale in his neighborhood and ended up being able to make 21 cat beds for the organization. Several month later, Woods Humane Society reached out again and asked if he’d make 10 more. Tyler rallied his family and made 10 additional beds over the Spring 2020 during the Covid-19 Shelter-in-Place. 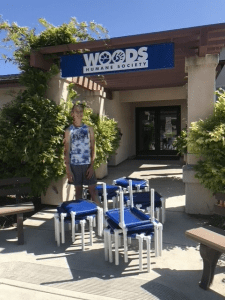 Arroyo Grande High School student Hayden Bye from Boy Scout Troop 413 planned, organized and built with his team a GaGa Ball Pit for Camp Arroyo Grande.  He received funding from 5 Cities Men’s Club and the camp was able to have all the materials, tools and equipment delivered to the sight.  The camp site is used for church activities, private retreats, educational gatherings such as 6th grade overnight science camps and corporate events.  The GaGa Ball Pit is a fantastic addition to their other activities for students and adults to participate in to help built team spirit and character development.  GaGa is a fast paced, high energy sport played in an octagonal pit.  It’s a gentler version of dodge ball. 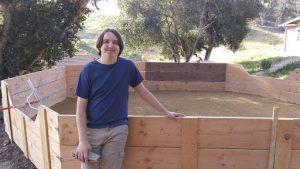 My name is Wyatt Hunt, and I am with Troop 60 in Paso Robles… my Eagle Scout project consisted of helping the Templeton Volunteer Fire Department with repainting 174 curbs red in the suburbs of Templeton. I completed this project on my birthday in 2019 with the help of Troop 60 and my previous Troop 633 from Simi Valley who came up to help me for the weekend. 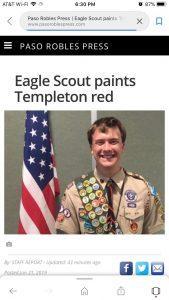